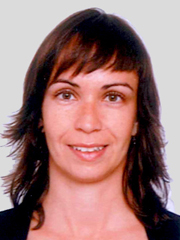 Becerrils's research career started in 2008 when she obtained a Fellowship from the Geological Survey of Spain (IGME) for four years (2008-2012), focused on the volcano-structural study and the long-term volcanic hazard evaluation on El Hierro Island (Canary Islands, Spain). After the completness of this period she worked as a self-employed worker in the "Consejo Insular de Aguas de El Hierro", performing hydrogeological and volcanological tasks (2012-2013). She was employed after this period by the Institute of Earth Sciences Jaume Almera (CSIC) to conduct research related to the 2011 volcanic crisis of El Hierro Island (2013-2014). During 2015-2016 she was involved and employed as Postdoctoral Researcher in a European Project (VeTOOLS) funded by the European Commision's Humanitarian Aid and Civil Protection department (ECHO) (2015-2016). Currently she has a new Postdoctoral contract "Juan de la Cierva-Formación" from the Ministry of Economy and Competitiveness, holding a Postdoctoral Position in the Institute of Earth Sciences Jaume Almera (ICTJA) from the Spanish National Research Council during 2017-2018. Her main fields of interest are: volcano-structure, volcanic morphometry, volcanic hazard assessment and risk management, development of volcanic hazard maps

Geochronological constraints on the evolution of El Hierro (Canary Islands)

Depth of origin and overpressure of magma in feeder dykes in El Hierro, (Canary Islands)